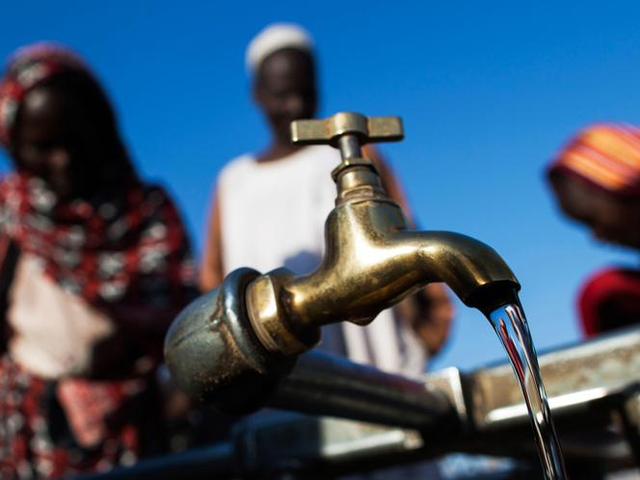 In the Shangil Tobaya IDP camp in Darfur, Sudan, people have access to water only two hours in the morning, not enough time for all to be fully provided. UN Photo/Albert González Farran

International World Water Day is held annually on 22 March as a means of focusing attention on the importance of freshwater and advocating for the sustainable management of freshwater resources.

An international day to celebrate freshwater was recommended at the 1992 United Nations Conference on Environment and Development (UNCED) in Rio de Janeiro. The United Nations General Assembly responded by designating 22 March 1993 as the first World Water Day.

The United Nations General Assembly adopted resolution A/RES/47/193 of 22 December 1992 by which 22 March of each year was declared World Day for Water, to be observed starting in 1993, in conformity with the recommendations of the United Nations Conference on Environment and Development (UNCED) contained in Chapter 18 (Fresh Water Resources) of Agenda 21.

States were invited to devote the Day, as appropriate in the national context, to concrete activities such as the promotion of public awareness through the production and dissemination of documentaries and the organization of conferences, round tables, seminars and expositions related to the conservation and development of water resources and the implementation of the recommendations of Agenda 21.

Why a World Water Day?

World Water Day is an international observance and an opportunity to learn more about water related issues, be inspired to tell others and take action to make a difference. Each year, UN-Water — the entity that coordinates the UN’s work on water and sanitation — sets a theme for World Water Day corresponding to a current or future challenge. The engagement campaign is coordinated by one or several of the UN-Water Members with a related mandate.